Habiba and Alma, still apart thanks to the IMMF. Peaceful protests being held worldwide 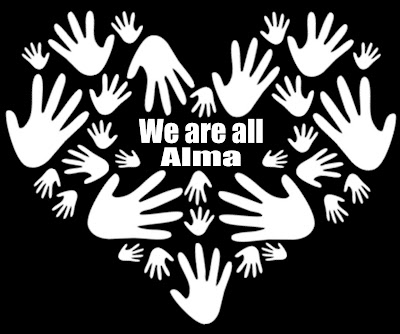 Last week, Ibone Olza, the psychiatrist that evaluates and provides emotional support to Habiba, the 22 year old Moroccan woman who has been unjustly and abruptly separated from her 15 month old daughter, published an urgent statement calling for a demonstration in support of the young mother.

A few hours later, several families started gathering in front of the doors of the IMMF (Madrid Institute of Minors and Families).  Many of them came bearing signs with the logo of "We are all Habiba" that I drew last week. As the hours passed, some families went home after demonstrating their support, while other families arrived to relieve them. Throughout the course of the afternoon, Habiba mingled amongst the gathered families, cuddling babies, interacting with the demonstrators - without anyone knowing that this woman among them was the one they were all defending.

Claudia Pariente, spokesperson for Habiba and moderator of the Facebook group dedicated to supporting Habiba, reported a few days ago:

I know Habiba personally, and I do not get the impression that her demeanor is anything like the way she has been described [by the IMMF]. She seems serene. Angry, yes... but mature and responsible. She is 22 years old. This morning someone "official" stated that she was not mature enough to face motherhood. I find this comment personally offensive, particularly since I became pregnant at the age of 18 and always felt able.

I ask myself how I would have felt if I were in this situation with my little daughter... Surely I would not have had the "emotional stability" that the IMMF is demanding from Habiba. What mother would be "stable" after the kidnapping (another word does not come to mind...) of her child?

Which brings me to another point, if one day I were in need, if I found myself under the circumstances of having to beg for food, shelter, a roof; I know exactly on which door I would never knock. Habiba was in a SHELTER, a place where she should have been cared for and protected. She should have been encouraged to bond with her baby and to build up her self-esteem. Instead they have hurt her in the worst possible way.

We have exhausted all the resources, mobilized all our networks, what more can we do? This afternoon there were quite a few women gathered in protest at Gran Vìa #14. Habiba was there, together with us. She was cuddling babies and speaking with other mothers. Few people realized that SHE was Habiba.

How could she have passed the entire afternoon unperceived? The reason is simple - she is a mother just like the rest of us.  That should make us ponder: this could have happened to any of us, none of us is free from this kind of mistreatment. We are all her."

Many people are still skeptical as to whether Habiba's story is a hoax or not. If you are amongst those people, please consider the following:

Dr. Ibone Olza is a well-known psychiatrist, birth activist, author and teacher at Universidad Autónoma de Madrid (a University in Madrid), do you think she would risk her career going public about this case if it were a hoax? You can read more about Dr. Olza here.

Dr. Carlos González is a well-known pediatrician, breastfeeding activist and also an author, he issued a public letter today, addressing Habiba's case and criticizing the way public institutions separate children from their parents when their families have financial difficulties. He reported that according to last year's Public Defender's report, 47,6% of those children were allowed to stay with their parents and granted financial aids. Another 18,3% of the children were taken to foster homes or given up for adoption. The remaining 34%, were placed in children's shelters. He later pointed out a great difference between the investment the government made in each case, each child receiving a financial aid who continued living with his or her parents costs the government 1.275 € a year,  each child taken to live with another member of his or her family costs the government 2.597 € a year, each child taken to a foster home or given up for adoption costs the government 3.129 € a year and finally, the government invests  30.000 to 40.000 € a year for every child taken away to a children's shelter. He ends his letter stating that it would be much more convenient for the government to invest more in family-oriented financial aids allowing children to remain with their parents.  To read Dr. González's full statement (in Spanish), please click here.

Various ideas have emerged on how to help Habiba on a grassroots level beyond the electronic networks that have lit up in support of Habiba's plight. Numerous people are organizing with plans to return and peacefully protest in front of the doors of the IMMF and sing lullabies every evening at the doors of the children's center where Alma - Habiba's daughter - is currently residing. Others have proposed that residents in other countries unite by sending a barrage of protest emails in support of Habiba to their respective Spanish Embassies and Consulates. Another suggestion is to collect signatures in support of Habiba, and present the petitions in person to their respective Spanish Embassy. Finally, several Spanish cities will convene protests in front of their city halls.

Unfortunately, I do not have solid information at this moment about all the demonstrations and petition drives that will be carried out. To keep yourself informed of these and other activities that come up, please join our Facebook support group or our international support page for Habiba, and of course, share this information with those you think that could help.

Worldwide protests are being organized in major cities all over the world. Habiba's supporters will be gathering on June 15th in front of the Spanish embassy or consulate closest to their homes. Please join or volunteer to host a Facebook event in your area by clicking here.

Many people have asked me for printable posters to take to the demonstrations, and t-shirts, for more information, click here.

If you wish to use the above images on a blog or any other media, please remember to link back.

Thank you everyone for your support!


Image credits Louma Sader Bujana / Amor Maternal
Many thanks to Elsie and Krystyna for their help. 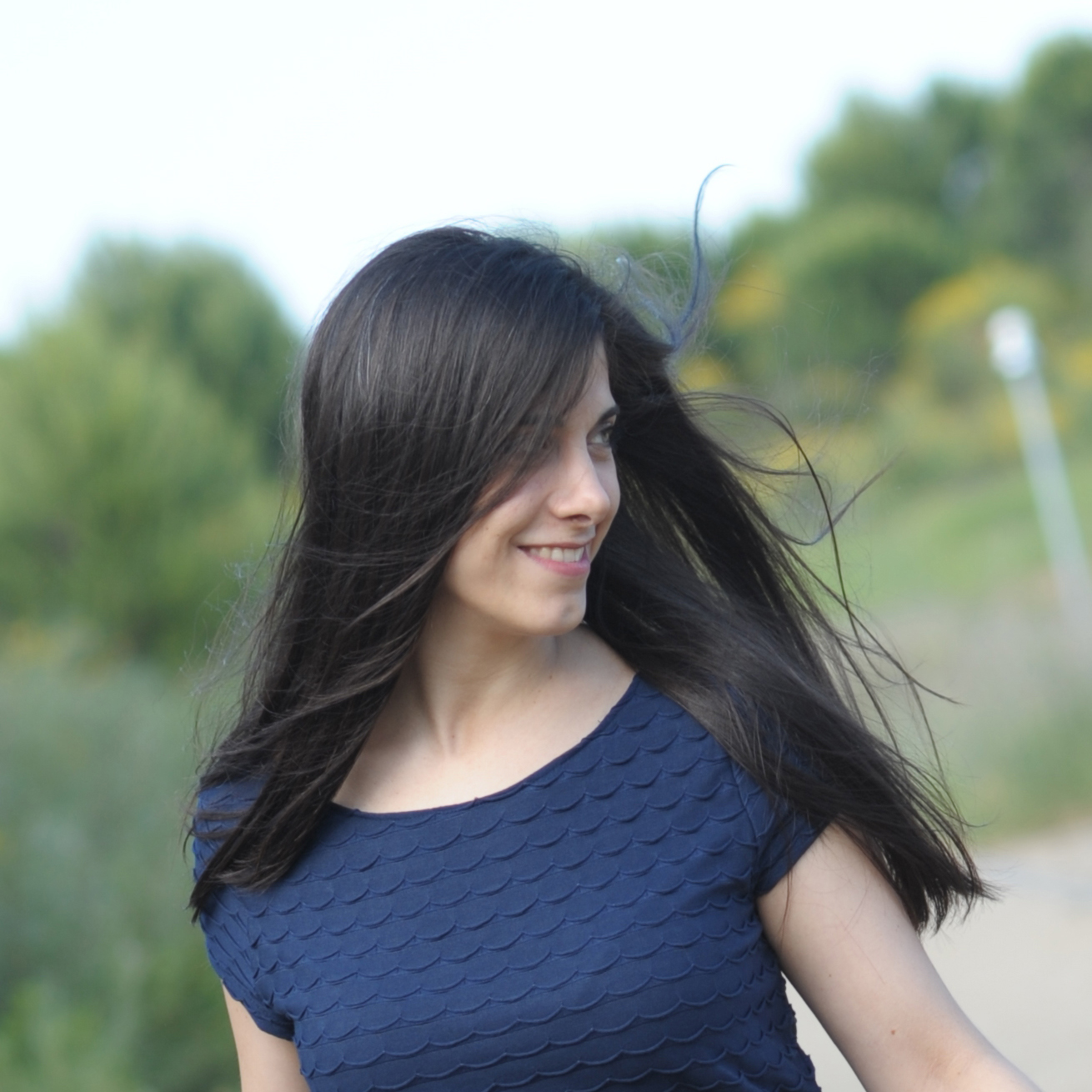